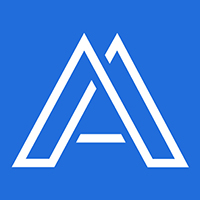 Calvin Jia is the top contributor of the Alluxio project. He has been involved as a core maintainer and release manager since the early days when the project was known as Tachyon. Calvin has a B.S. from the UC, Berkeley.

Bin Fan is the founding engineer, VP of OS of Alluxio, and the PMC member of Alluxio open source project. Prior to Alluxio, he worked for Google where he won the Technical Infrastructure Award. Bin received his Ph.D. in Computer Science from Carnegie Mellon University working on distributed systems